The Last Empath of Doctsland

The Last Empath of Doctsland

A kingdom in danger. A royal family divided by greed. A warrior combining strength with magic.

Lisalya Manyeo is the only known empath left in the small seafaring country of Doctsland, so when they are threatened by their much stronger neighbor, Prince Viktor recruits her help. On their way, he trains her to fight.

Working together despite their very obvious differences, they go behind enemy lines to stir up a rebellion against his step-brother’s tyrannical rule. After initial success in recruiting people to join them, they are captured. Lisalya is gravely injured during interrogation, but Viktor nurses her back to life.

A final battle will determine who will rule, but sacrifices have to be made to defeat the enemy.

Will Lisalya and Viktor be able to overcome the odds stacked against them to save their country from certain destruction?

Oh no! You missed this brilliant FREE book. But you can still buy it by clicking the cover below.

Discover London’s dark side in a new collection of short stories written by award-winning and international bestselling authors!

Let us take you from Golders Green, in a tale of redemption, to Hope’s End, the final stop on a rambling Tube ride.

Then head to Jack the Ripper’s Whitechapel where you learn of an unforeseen murder – and not only one, as women fall prey to the most brutal crimes!

Onwards, we head to the shores of the River Thames, where a young girl fears a sea monster and always carries a knife. Then you visit a pub where the owner is losing the plot.

A Tube ride with an unexpected twist leads to a vision from the past. Then we introduce you to a ghost who stalks her friends. Lastly, discover the splendour of Westminster Palace, but is it a safe place for a woman with her sights on the English throne?

Dark London Volume One: nine gripping short stories that leave you gasping for breath as London’s dark side is revealed!

With a foreword by Alice Castle, author of the bestselling London Murder Mysteries series.

Order your copy now of this first volume in a unique collection of short stories set in Dark London!

Oh no! You missed this brilliant FREE book. But you can still buy it by clicking the cover below.

FREE TODAY ONLY: Click the book cover below to grab your copy of Dark London: Volume Two

Discover London’s dark side in a new collection of short stories written by award-winning and international bestselling authors!

Enter the London docklands at your peril, then head straight for the N8 bus, where we learn of a gruesome discovery.Meet Beth, the female private investigator who clinches a case she can’t refuse; followed by a tale of murder from the 1950s that was – officially – never solved…
We take you to higher realms in a search for a missing woman, before a morning spent mudlarking reveals a mysterious link to the past.
London’s dystopian side is uncovered in an explosive tale; and then you return to Whitechapel where you meet not just one, but two unsavoury gentlemen.

Lastly, arrive in perfect time at a grand illusion, with disastrous consequences.

With a foreword by Mark Patton, historian and author of historical fiction.

FREE TODAY ONLY: Click the book cover below to grab your copy of Dark London: Volume Two

FREE TODAY ONLY: Click the book cover below to grab your copy of Murder in the Marsh 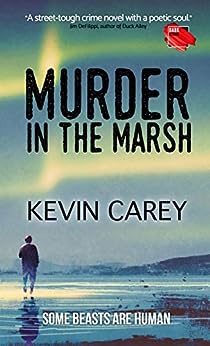 A missing body. Two new deaths. A man in search of the truth.

Detective Eddie Devlin is about to be relieved of his duty by the Revere Police Department.

A year ago, he shot the killer of a woman in the marsh, but the man’s body disappeared from the crime scene. Eddie soon became a suspect, then a person of interest, and finally a casualty of the ongoing investigation.

Shortly after he is let go, two bodies are found in the same place, and suspicions about Eddie’s guilt resurface. Determined to clear his name, the new civilian Devlin conducts his own investigation with the help of his bartender friend, Dana, and his almost girlfriend, Gwen.

The sordid beachfront, the murky marsh, and the rain-soaked season all help to set the stage for this gritty and unsettling mystery, where Devlin battles his relentless demons on the way to uncovering a deeper conspiracy.

FREE TODAY ONLY: Click the book cover below to grab your copy of Murder in the Marsh

FREE TODAY ONLY: Click the book cover below to grab your copy of The Stairwell 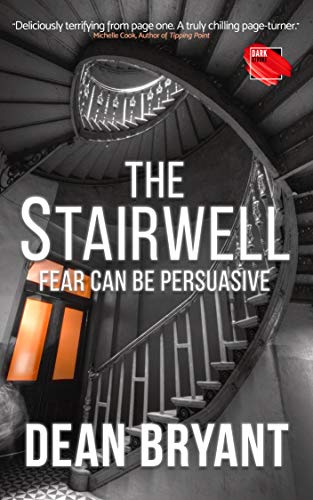 Frightful visions. An unknown manipulator. A force from beyond reason.

Brandon Chapman arrives home to a horrific scene. His wife, Stephanie, is exhibiting behaviour that he can only describe as that of someone possessed – yet he doesn’t even believe in the supernatural. He soon realises that it was nothing other than a frightful, haunting vision.

After discovering a dark secret about Stephanie, Brandon meets a strange figure with knowledge about his own life that no one could possibly know. As his visions become more frequent and terrifying, he begins to question his sanity.

Brandon must either side with this figure or his wife before his daughter comes to harm.

Alice Hamilton, a shy and quiet university student, meets handsome Niel Curtis whilst on a night out with friends. They very quickly fall for one another, but their happiness is short-lived when Niel ends up in a coma after a traffic accident.

Alice fears he may never wake up again and, unaware of the consequences, strikes a deal with a strange voice. When Niel awakes, his behaviour changes drastically, and Alice – like Brandon – becomes subject to nightmarish, violent visions.

Are Brandon and Alice caught in a never-ending nightmare?

FREE TODAY ONLY: Click the book cover below to grab your copy of The Stairwell